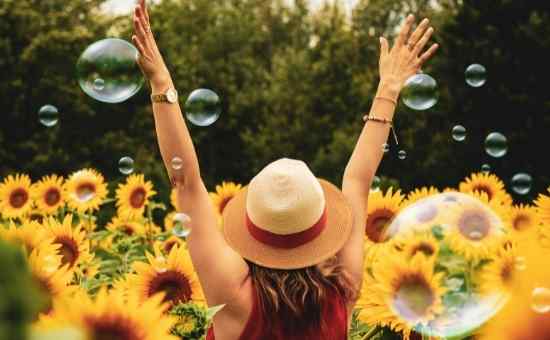 What is homesteading?  Why would anyone want to do it?  Great questions that I’ll answer today with “Homesteading Lifestyle: 6 Top Reasons to Homestead”!

After 25+ years of homesteading, pretty much from scratch, I’ve learned a lot about myself.  I mean, A LOT.  My strength, both mentally and physically, has grown exponentially! 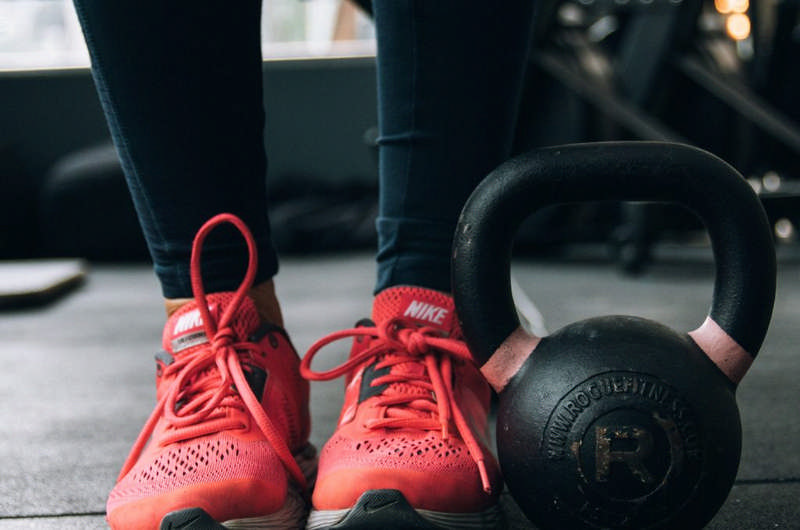 I’ve always considered myself to be a strong person.  I don’t cry often and I’m able to get through just about any crisis without falling apart.

But being on this farm requires more than just being a strong person.  Homesteading requires mental strength along with fortitude. 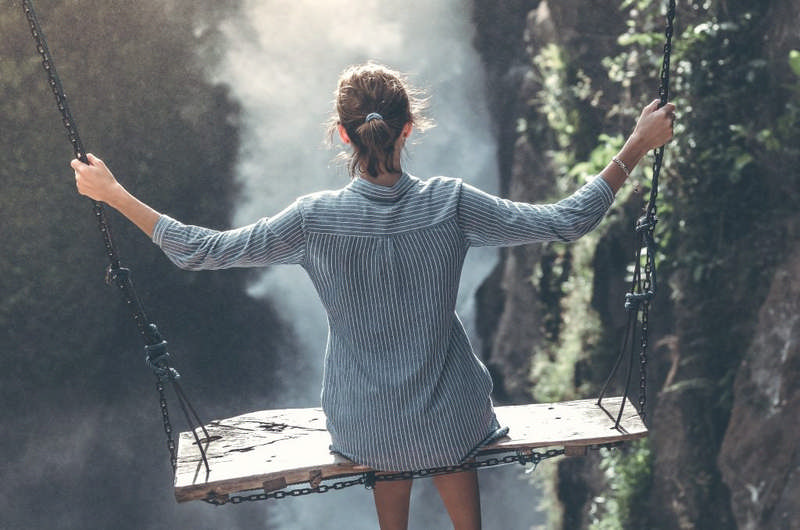 Homesteading isn’t a 9-5 thing, nor is it a “clean” thing and by that I mean “lacking dirt and/or poo”.

As a woman, I must say that this sustainability gig has stretched me and my capacity in so many ways.

I find this to be one of the benefits of homesteading.

There are times when foals or kids are due that I’ve been out in the barn during the night, waiting for a delivery or taking care of a newborn critter.

I’ve been in the truck, taking a sick animal to the vet during a tornado warning, because it was a critical situation.

I’ve had to put animals down.

I’ve killed spiders as big as my coffee cup.

However, when the moment arrived, the strength came!

After nearly a decade on this farm, there is nothing that scares me and nothing that I’m unwilling to do anymore.  I’m truly grateful for this experience, because as strong as I thought I was before I came here, I know that I’ve grown mentally tough as well.

The homesteading lifestyle pushes you to do things that are uncomfortable, which forces growth. 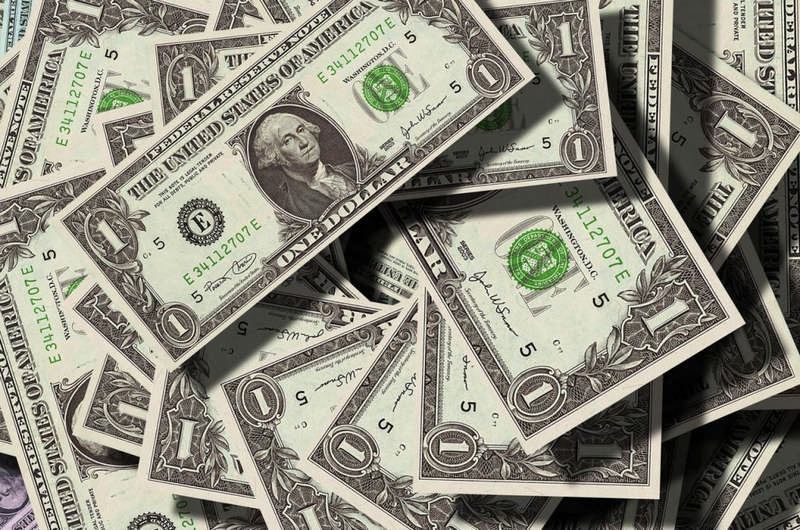 2.  Homesteading Lifestyle Takes the Focus off of Money

After being part of the corporate world for many years, I’ve come to realize that everything I used to do was about money.

The farm doesn’t see it that way and this is another benefit of homesteading.

I’ve had a complete change in my mindset about money.

Money is a tool to buy what you may need, however, it isn’t the “almighty”.  Money alone can only do so much.  You can’t buy yourself out of many of the challenges that the farm will present you with.

Bartering is a slick way to get what you need, and many homesteaders use this very old form of exchange ( I once exchanged 18 bars of homemade soap and some of our honey for 10 chickens!)

The most important currency, however, becomes your ability to provide for yourself through mental resilience!

Money is limited and can only do so much.  Wisdom and skill-set is far more valuable than money.  Accepting that currency isn’t as powerful as you may have thought it was and dealing with your own weaknesses takes strength.  Making changes to create a more sustainable-self takes courage. 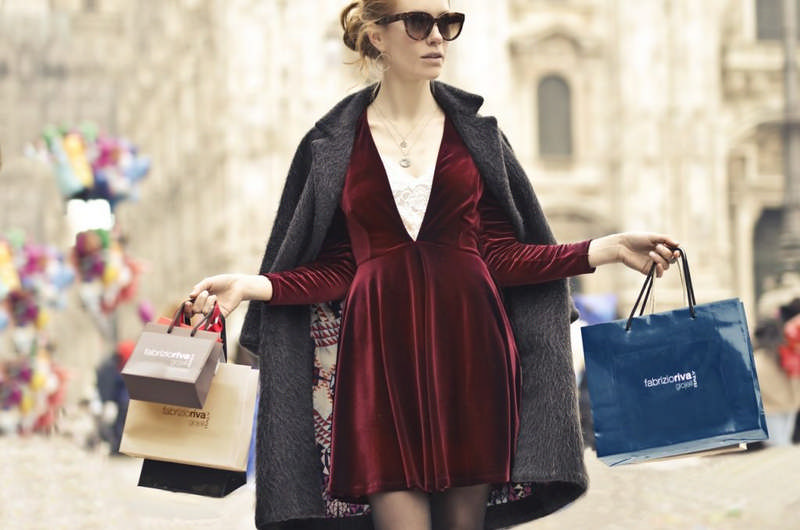 3.  Become a Producer rather than a Consumer

My first year of the homesteading lifestyle taught me one important lesson….farms are no respecter of shoes.

Every decent pair of shoes I owned were ruined that first year, along with many of my clothes and coats.  My “suburban” wardrobe was diametrically opposed to what I really needed, and that was “farm-wear”.  Carhartt became my best friend.

What I came to realize was that the value of understanding how food is grown and the ability to sustain ourselves FAR surpassed anything I could possess, wear or drive.

My hair became more low-maintenance and my primary wardrobe became more resilient and sturdy.  My truck is 11 years old and has dents in it.  I own more boots than I do shoes.

Don’t get me wrong, I clean up well.  There are times when we need to “clean up” and be presentable to the world.  But I do that because it’s the appropriate thing to do, not because I want to show off a new dress.

Malls mean nothing to me and you’ll rarely, if ever, find me there.  I’m not interested in window shopping, I actually don’t like shopping of any kind much anymore.  That said, I do enjoy going to the farm store, but still, I always ask myself “Do I REALLY need to go to the store?  Is there some way to use what I have for today?”.

I don’t care what my truck looks like, it is paid for, has 4-wheel drive, carries farm stuff and gets me from Point A to Point B safely.  I would much rather have security and keep the money in the bank.

Homesteaders constantly find themselves being pushed mentally to figure out how to solve problems with what they have on hand!  Most of the time, it’s not worth the trip to the store anyway.  Our grandparents didn’t have that option, they had to use their minds and the resources that were available. 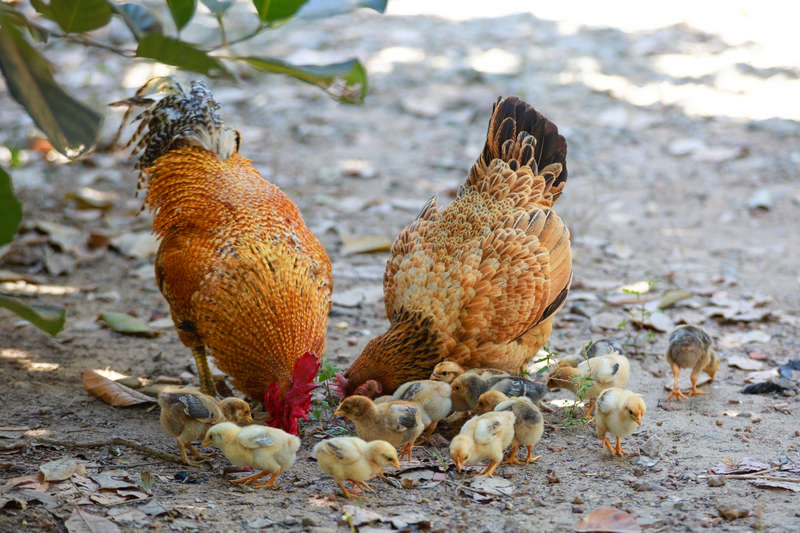 4.  Homesteading Lifestyle Understands and Appreciates the Life-Cycle of Animals

It’s a sad reality but animals die.  I hate that part of homesteading.

One of the first dairy goats we purchased was named Biscuit.  When Biscuit was pregnant, we could see that she wasn’t herself.  By the time she went into labor, she collapsed, with the baby still inside.  It was Easter Sunday (yep, this stuff always happens on holidays!) and I had the vet on the phone while I was out in the barn with Biscuit.  He verbally led me through the delivery (reaching in and all) until he could get there the next day.  We named the baby “Gravy”.

When the vet came, he did some blood work on Biscuit and the diagnosis was grave.  Biscuit was put down, but as the vet prepared her, I whispered in her ear how much I loved her (while I bawled my eyes out!).  I also promised her that I would take care of Gravy.

With no way to nurse, we had to bring Gravy into the house and bottle feed him round the clock.  Gravy wore diapers and wouldn’t leave my side.  If I got more than a few feet from him, he would wale like crazy!  This meant that I had to sleep with Gravy on the couch for a couple of weeks until he calmed down.  Yeah, I smelled awesome in the morning.

But I was determined to keep my commitment to Biscuit.

9 Questions to Ask Yourself Before you Get Farm Animals 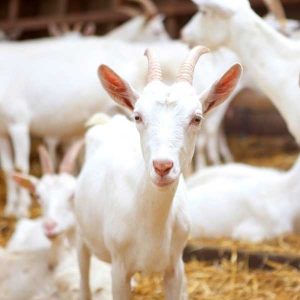 Long story short, Gravy grew up and became a herd sire for a farmer in Kentucky.  He has a great life and I kept my promise. 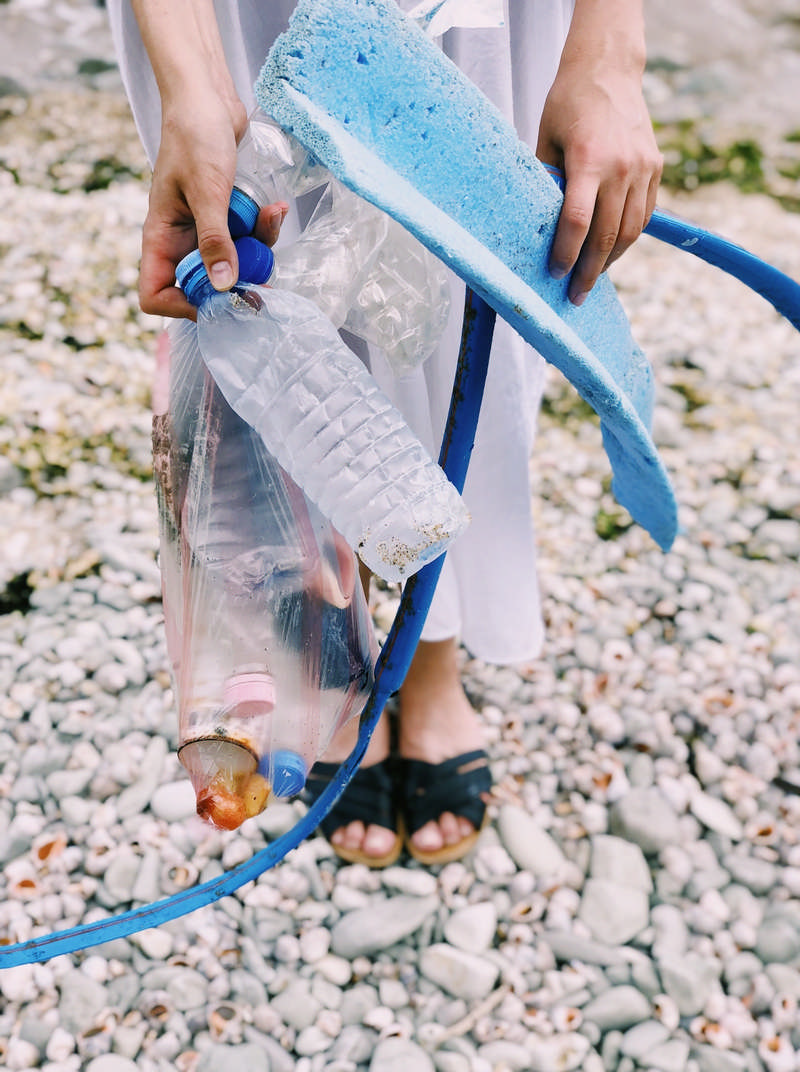 5.  More Conscience of How My Choices Affect the Environment

Many folks who live the homesteading lifestyle get their water from wells.  When that’s the case, you think twice about what you put on the ground, or at least you should.

I am stubbornly organic and never put chemicals on my garden or pastures.

Yet, there are neighbors who spray Round-up indiscriminately, which makes me crazy.

Yes, I am “one of those” who will try to educate these folks about how unnecessary those chemicals are, but also how harmful they are.  Some listen and some don’t care.

But it’s amazing how much more conscious I am about things that I never really thought about before.

I’m hesitant to clear wooded areas that are home to many deer and other wildlife.  We plant trees to replace those that have died, realizing that the next generation will be the ones to enjoy them.  I’m just a steward of this property, I don’t really own anything.

Seeing beyond ourselves and our time on this earth takes mental strength, I mean, who wants to think about their death?  But death will come, it always does, and we must consider the future generations who will purchase and live on the land we now manage.

6.  The Ability to Deal with Injury and Pain

I’ll preface this by saying that I have a pretty high pain tolerance.  However, I’ve never dealt with as many injuries and as much pain as I have homesteading.

It just comes with the territory, especially if you’re mostly alone in your homesteading journey.

Just this week, I completed a large landscaping project in 3 days (with some hired teenagers on the second and third day).  My strength was tested over and over, as we pulled out large bushes with the front loader, brought in new shrubs and spread 10 yards of mulch.

My forearms are bruised and scratched up as I write this, and I’m also very sore.  It’s not easy doing this kind of work at almost 60 years old!  I’m taking it much slower for a couple of days so I can heal up, but animals still need to be fed and laundry still calls my name.  The homesteading lifestyle demands that you work through the pain.

Last year, while inspecting my bee hives, I took a short break and sat in my air-conditioned truck to make some notes.  I took off my bee hood so I could cool off as I wrote.  There were several hives yet to inspect on that extremely hot day, so after re-hydrating myself, I threw my hood back on and opened up the next hive.

But I had forgotten to zip my hood.

Bees are never really happy to see you, but there are some days when they are particularly grumpy.  This appeared to be one of those days as they quickly zoomed towards my face and up into my unzipped hood.  The chaos that ensued wasn’t pretty and I found myself with close to 50 stings all over my face and head.

As my husband and son nursed me back to health and picked out stingers for hours, they encouraged me to reconsider beekeeping.  But the bees didn’t do anything wrong, it’s their instinct to protect their hive.  As much as I hurt, I knew that I had to get “back on the horse” and not allow fear to set in….or I might not ever do it.

I put my bee suit on the next day and headed out to the bees.  (Actually, after this experience, I upgraded my bee suit to this one! Worth every cent!)

I’ll admit that the anxiety was difficult to deal with that day, but even if I just spent a few minutes in a hive, I had to conquer the fear.  Mental strength is built from dealing with fear head-on!

My point in all of this is that homesteading will take you places that you never knew existed, far out of your comfort zone.  But I’m so grateful for all of it, truly.  How many people get to experience these things in their lives?  Most people stay in the world of mediocrity, and that’s ok if that’s what you want from life.

But I want more.

The homesteading lifestyle is completely life-changing, and I wouldn’t have it any other way. 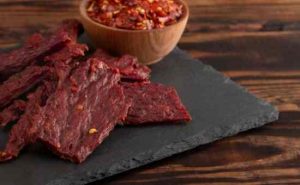 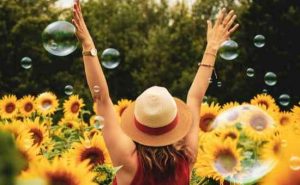 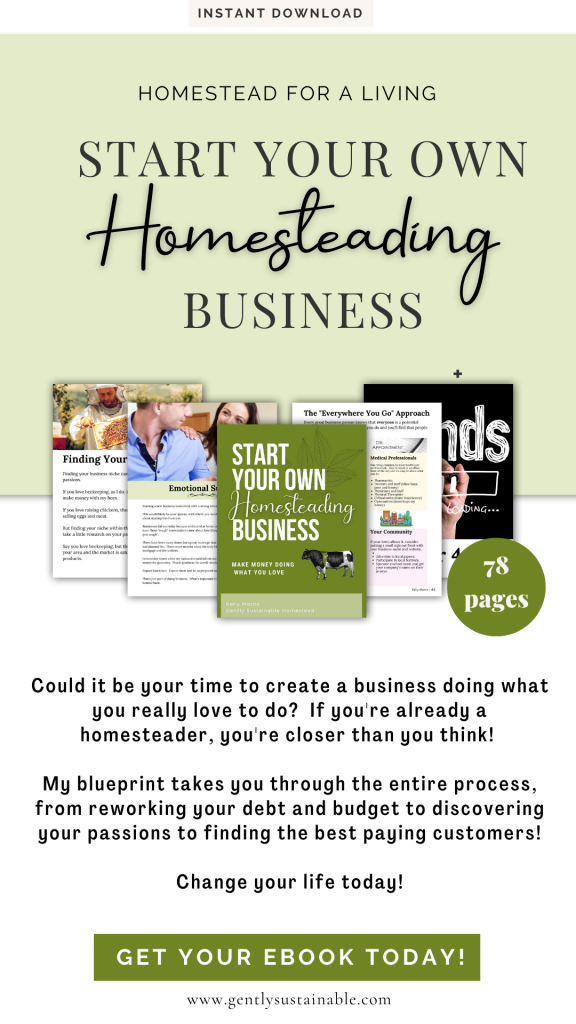